Due to being live for the Wild 10 Countdown on Wednesday morning, it was nice to play some of the jingles and mention one of the favorites. As September is going by quickly, there’s a new number one song as we’re getting near to a lot of excellent album releases. Dan Mangan takes the top spot since his album, Oh Fortune is getting a lot of press and the entire album can be stream before the September 27th release. The only new debut happens to be Kathleen Edwards with Change The Sheets from the upcoming album, Voyageur.
Here’s the top 10 list. 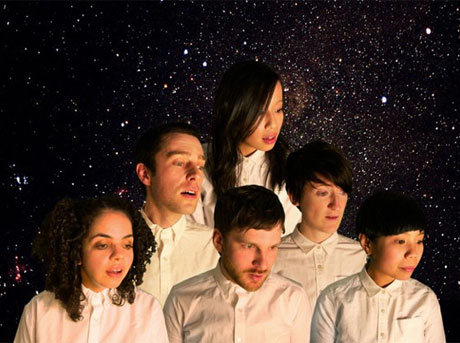 As covered on the main blog that the new season is back. Not much is changed for the countdown as it continues on.
For the second week, Ohbijou stays on the top spot. The only new entry is Whitehorse. They are the husband and wife duo, Luke Doucet and Melissa McClelland. They are getting a lot of plays on various shows on CKCU and on CBC radio. The top five is still going strong with Library Voices, Dan Mangan, Rebekah Higgs and Feist.
Here’s the top 10;

It’s a brand new month and a new season is upon us as people are returning to school and work. All the summer fun is ending. This week’s countdown has a new number one  as September will have a lot of new album releases from the likes of Dan Mangan and Elliott Brood. Ohbijou is on top for the first week of September. The lone new entry is Hey Ocean’s brand new song, Make A New Dance Up.
Without further ado, here’s the top 10. Apology on the slight delay in entering the countdown summary.

It’s the last day of August and for the second week, Library Voices stays on top. Even though summer is not done yet. Summer of Lust, their second album is getting a lot of good reviews and plays from radio shows I listen to. The new entry this week happens to be Adaline. There were a few songs that were played differently for this week’s countdown.
Here’s the top 10.

Due to a delay in posting up this entry and the podcast, I got bogged down this week. To keep a bit short. A new number one on the countdown is Saskatchewan’s Library Voices with Generation Handclap. Making it to the top 5 is Feist’s How Come You Never Go There.
For the radio show, I continued with the Pop Montreal countdown, played my picks for Ottawa Folk Festival (they were Basia Bulat, Rural Alberta Advantage & The Wooden Sky) and the U2 Summer shoutout challenger. There’s another radio show I filled in was on Thursday afternoon. It was for Fundamentally Sound and with guest co-host, Kapri.

5. How Come You Never Go There – Feist

Audio/Podcast
The August 24th radio show – Playlist is at this link. Press play to listen.

Guest co-host on Fundamentally Sound – Playlist is at this link. Press play to listen.

This week’s countdown was another rarity as it was aired live at CKCU-FM. Due to the unpredictability of going to air live and not pre-record had the new song by Feist being automatically entered to the countdown. It’s been getting a lot of plays since it was released on Friday. Her upcoming album, Metals is being anticipated.
Another new entry to countdown is Cuff The Duke. The top 4 songs are still at the same position for another week.
Culture War by Arcade Fire is on the top spot for the 4th week. Taking a page from TRL, Culture War is being retired on the top spot. Expect a new number one song for next week.

On the radio show, there’s going to be a countdown to Pop Montreal as my show will be promoting the excellent festival in Montreal. It runs from September 21st to 25th. Also on the show was another Summer shoutout on picking out U2 songs.
For the Chinese music, I played another Cantonese version of Careless Whisper. This time, it’s by the late Anita Mui.
The playlist for the radio show is at this link. Don’t forget to listen to the radio show on the bottom of the entry.

8. How Come You Never Go There – Feist

Arcade Fire is still number one on the Wild 10 Countdown for the third week. There’s no change in from number two to four but those three songs are still getting popular and the album haven’t been released yet. The new entries are The Sheepdogs and Shad.

Radio Show (Summer Edition)
This week’s show consisted of shoutouts, dedications and long songs. Some were funny as I couldn’t stop chuckling with the way I picked the songs.
It was a last minute pick as I had extra time and I decided to play a Chinese version of Careless Whisper for Nat & Marie.
There were two bands I have forgotten to play, they were Data Romance and Teenage Kicks. As for Teenage Kicks, the album was available at CKCU-FM’s music library. I kept forgetting to play that rockin’ band.
Enjoy!

To view what was played on the show, the playlist is at this link.

7. What About Us – Handsome Furs

It couldn’t be a good week for Arcade Fire as The Deluxe Edition of The Suburbs came out and the announcement that they will be performing a free show at Pop Montreal for September 22. Culture War is number one for the 2nd week on The Wild 10 Countdown. Still strong contenders are Dan Mangan’s Oh Fortune, Ohbijou’s Niagara and Elliott Brood’s Northern Air. The only new entry on the countdown is Toronto’s Hooded Fang as they released their 2nd album last week. It was also a privilege to see them last week at Now Playing CHUO.

On the radio show, a big congratulation goes to the Saskatoon, SK rock band, The Sheepdogs as they won a cover contest for Rolling Stones.
The playlist for the August 3rd show is at this link.

5. What About Us – Handsome Furs

The second hour/live show at CKCU-FM – press play to listen.

July is wrapping up and this week’s top 10 has a new number. Bumping off Handsome Furs is none other than Arcade Fire. They take the top spot as the special edition of The Suburbs will be releasing soon. The only debut on the countdown is The Midway State. Ohbijou and Dan Mangan are considered the greatest gainers as they’re getting a lot of play on various radio shows on CKCU-FM and CHUO-FM.

Aside from that, there was a tribute to Amy Winehouse for the first and second hour of the radio show and podcast. It’s not hard to avoid her death as she was a prominent figure in the music industry in the 2000’s. She had an incredible voice but a tortured soul due to alcohol and drug abuse. She will be greatly missed in the music industry. As mentioned on the show, if she never existed, there wouldn’t be a Lady GaGa or Adele.

The radio show playlist for July 27th is at this link.

Audio/Podcast – You can choose 3 settings. The full show, hour 1 and/or hour 2.
The full radio show – press play to listen. 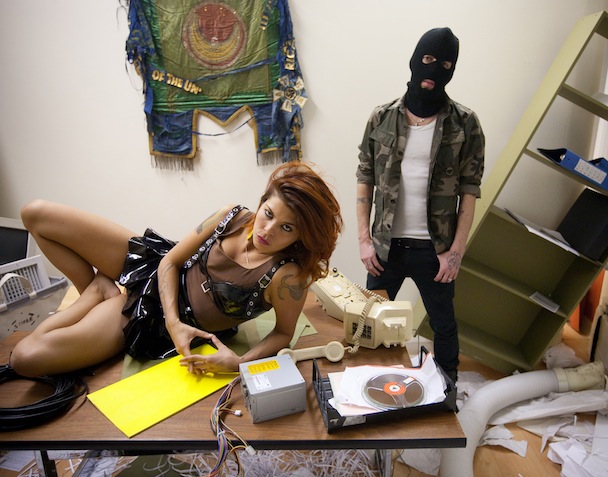 Apologies for the slight delay as Apple’s Mac OS X Lion came out and my MacBook Pro was being upgraded.
For the third week on the top spot, it’s still Handsome Furs. There were two new entries in the form of Rebekah Higgs and Ohbijou. There’s a heatwave throughout Ontario and luckily, Ottawa Bluesfest has ended. The radio show is included in this entry.
The July 20th, 2011 playlist is at this link.
Here’s the top 10 list.

WildWorks & Others by Lenny Wu is licensed under a Creative Commons Attribution-NonCommercial-NoDerivs 2.5 Canada License.
Permissions beyond the scope of this license may be available at http://www.ckcufm.com/.